Available Now
By: Nintendo
Sold and shipped by Walmart

+ Chain Chomp is a great addition

- Adventure Mode could be longer

As a big fan of story modes, my first destination in Mario Tennis Aces was its long-awaited Adventure mode. This single-player journey introduces you to all the main gameplay techniques, as well as lets you practice your swing before challenging others online.

In typical Nintendo fashion, Adventure mode is equal parts comical and goofy. Luigi gets possessed by an ancient, sinister tennis racket, and the same goes for Wario and Waluigi who become eviler versions of themselves. Mario, being the Mushroom Kingdom hero he is, volunteers to track down this wicked racket alongside his trusted companion Toad.

As it turns out, the secret to sealing away Lucien (the evil racket) lies in locating five Power Stones spread out on different parts of the island. To acquire them, Mario and Toad must travel to different regions—the forest, mansion, snow mountain, sea, and flames—to battle tough bosses guarding the stones. Along the way you’ll encounter many familiar faces, like Blooper, Kamek, and Koopa Troopa who all want to battle poor Mario. And by battle, of course, I mean play a round of tennis. On that note, watching all conversations eventually result in the baddie challenging you to a game of tennis is extremely funny to see. Apparently on this island all conflicts get resolved on the tennis court.

Despite starting out rather easy, Adventure mode soon puts even the most seasoned Mario Tennis player to the test. The stiff difficulty is mitigated somewhat by the ability to level up Mario RPG-style as you play. Your stats include Shot Speed, Run Speed, and Agility, all of which makes Mario more effective on the court. As well, by clearing challenges you can acquire up to six different rackets, each with successively higher Attack, Defense, and Durability rating. If you ever face a too-challenging opponent, it’s therefore possible to revisit previous stages to power-up your Mario and try again.

A particular highlight of the story mode is the formidable and visually appealing bosses you’ll encounter at the conclusion of each region. Petey Piranha, for instance, looks better than ever and the same goes for his ultra-fluid animations. I also enjoyed how Madame Mirage and the giant sea monster require you to master the game’s mechanics, such as the new Zone Shot and Trick Shot respectively. Overall, Adventure mode can be completed in roughly five hours, and while that may sound short, I found it thoroughly enjoyable the whole way through.

Mario Tennis games are always more exciting and fun when playing with friends, and Aces is no exception. This time there are multiple different options for local couch co-op and online matchups. On the local side, you can play singles or double on one Switch console, or alternatively up to 4-player doubles on two Switches. Going the multi-console route is preferred as it enables each player (or team) to have their own dedicated full-screen view. When playing on one console there’s a mandatory vertical split screen, which noticeably narrows everyone’s field of view. It’s not a deal-breaker by any means, but the option to disable the split screen would have been nice.

Regarding the online experience, from my play testing it’s fairly solid. Matchmaking typically occurs in a minute or less, and you have the option of agreeing or declining challengers that pop up. Lag is rare once matches begin, although it’s not entirely absent—a handful of times I experienced slowdown. There’s also the issue of opponents disconnecting early, which again is rare but can happen from time to time.

In terms of how online matches are structured, there are two varieties. The first is participating in a bracketed online tournament where winners advance and losers are eliminated. These tournaments are a lot of fun and tend to bring out the most advanced players, ideal for those seeking a challenge. Longevity of this mode will depend on how committed Nintendo is to hosting tournaments, but so far it seems like they’re all-in with frequent daily tournaments and monthly stat tracking.

Your second option is jumping into Free Play mode, which is where you find standard singles or doubles matches online. To give you some rules flexibility there’s the option of selecting Simple Style, which disables energy for a more “core” tennis experience, or Standard Style where everyone has a full set of moves at their disposal. I personally enjoyed the more nuanced gameplay found in Standard Style, but purists will likely gravitate towards Simple Style.

Connecting online to play matches with your friends is easy to do. However, there’s one crucial piece missing—voice chat! To sync up with your friends I recommend using Discord, but apps like Facebook Messenger and WhatsApp also include free WiFi calling functionality.

I played one epic online match against someone more skilled and quickly fell behind 40-15. Knowing that a points victory was unlikely, I pivoted strategy to breaking rackets. One super- charged Special Shot later and my opponent’s racket was smashed to pieces. Always remember there are two ways to win: scoring points or breaking their rackets!

Zone Shots add a new layer of strategy to every match.

Mario Tennis Aces smartly retains the best gameplay elements found in Wii U’s Ultra Smash, while bolstering your arsenal with some nifty new tricks. On the returning side you’ve got all the basic tennis shots, including slices, lobs, drop shots, and topspins. Charge Shots are also back and enable you to pause while mustering strength to swing with greater force and speed.

As well, many familiar faces from past Mario Tennis games make their return. This includes fan-favourites like Mario, Luigi, Peach, Bowser, Yoshi, Boo, Bowser, Donkey Kong, and more. In all, there are 16 playable characters right out of the gate, with Chain Chomp being the sole new addition. While it would have been nice to see more new faces (Fox McCloud anyone?), I found Chain Chomp to be hilarious and quite welcome.

Looking at what’s new, a real game-changer—literally—is the introduction of an energy system that has a huge effect on how matches ebb and flow. As you return shots, and more so if you utilize Power Shots, an energy gauge in the top-left corner will fill up. Once the gauge is at least one-third full, you’re able to perform Zone Shots that switch the camera to first-person view and let you pinpoint shots anywhere on the court. On the defensive side, to block incoming Zone Shots you’re able to use energy to slow down time (called Zone Speed), giving you a much higher chance to get into position.

Where it gets real interesting is how Mario Tennis Aces introduces racket durability, and the ability to break rackets. It effectively layers in a pseudo-fighting game on top of the standard tennis rules. What’s more, each round you’re giving a limited number rackets and will lose once all of them are broken. So, you have two ways to win each match: score points like in every other Mario Tennis game, or get aggressive and aim to break your opponent’s rackets. It’s a risky gameplay evolution, but one that ends up improving the entire formula so significantly that I hope it becomes standard in all future Mario Tennis titles.

There are 16 playable characters, with Chain Chomp being the sole new athlete

Ever since the Wii U era, Nintendo has absolutely nailed bringing their iconic characters into full HD. Mario Tennis Aces puts this stellar presentation on full display giving you stunning character models and vibrant, beautiful island locations to explore. Everything about the presentation is spot-on, from the cool, flashy effects when using Power Shots, to the dazzling canned animations that play out during each character’s ultimate move, the Special Shot.

As far as the audio is concerned, Mario Tennis Aces features the usual assortment of buoyant, upbeat Mario-esque tunes. The sound effects are great too, especially the familiar whack of the tennis balls against the racket, which instantly brought back fond memories of Wii Sports. Speaking of that game, Aces is fully compatible with the Joy-Con Controller’s motion controls via Swing Mode. This lets you use intuitive swing gestures (instead of the analog stick) to serve and return shots. Core gamers are sure to prefer the analog stick’s greater precision, while the motion controls are better suited to younger players or those wanting a more casual experience.

Comparatively, Mario Tennis Aces offers a ton more content than Mario Tennis: Ultra Smash. We get an original, single-player Adventure Mode, the first time since 2005’s Mario Tennis: Power Tour. The local co-op and online multiplayer options are more fleshed out too, although there are a few niggling oversights. For example, Nintendo removed the ability to play tennis using regulation game, set, match rules. Instead, the best of three games wins a match. You also, oddly, cannot choose to play on a specific court during Free Play matches. What you can do is toggle off specific courts you don’t wish to play on, which is cumbersome to say the least.

The good news is Mario Tennis Aces is a blast, particularly when playing with friends locally or online. As long as Nintendo stays committed to delivering fans new online tournaments on a regular basis, I can see the online servers staying populated. It’s also encouraging to see Nintendo stating they will update Aces with free DLC characters, with the first two being Koopa Troopa and Blooper. Nintendo has done a superb job releasing free updates for ARMS and Splatoon 2, and it appears Mario Tennis Aces will be getting similar treatment.

Want to get a head start on learning the ins & outs of the upcoming free DLC characters like Koopa Troopa and Blooper? Make sure you play through the entire Adventure Mode! You’ll battle AI-controlled versions of both of these characters (and others), which will give you insight into their playstyles. For example, Blooper appears to have many trick shots, similar to Boo!

Koopa Troopa will be the first new DLC character, and he’ll be free to download!

Considering most of Nintendo’s releases on Switch this year have been Wii U ports, it’s refreshing to see a new game arrive. Especially when it’s one as fun to play as Mario Tennis Aces. It’s not perfect—the story mode could be more involved, and the inability to play with regulation rules is puzzling—however, what’s presented to us is quite polished.The addition of energy is the real star here as it enhances the moment-to-moment strategy and facilitates dramatic comeback moments. Including both couch co-op and online options is also welcome at a time when most multiplayer games are online-only.

Despite its few shortcomings, it’s easy to recommend Mario Tennis Aces to arcade sports fans eager to own the court as their favourite Mario character.

Had a chance to play Mario Tennis Aces yourself, or thinking of picking up the game? I would love to know your thoughts or questions—reach out to me on Twitter @NextGenPlayer and let’s chat!

Based in Toronto, Paul is a proud Canadian, lifelong gamer, and consumer of all things tech! He is one of Canada’s most trusted gaming and technology experts with over 10 years’ experience managing the editorial content for national retail and entertainment brands. He is well known for sharing his view on what’s hot and what’s not in an honest, down-to-earth manner.

Connecting and engaging with gaming and tech enthusiasts on a personal level is core to Paul’s specialty. On a personal note, Paul is a dedicated husband and father, and loves travelling with his family to the US and Japan. His favourite franchises include Super Mario, Gears of War, and Star Wars, and he loves exploring cutting edge tech products! 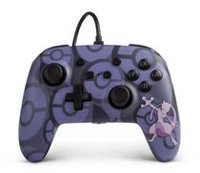 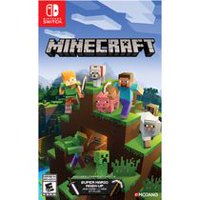 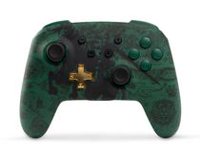 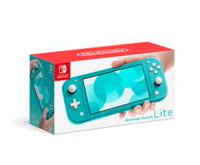 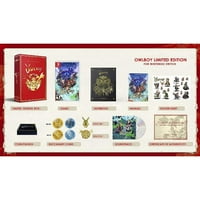 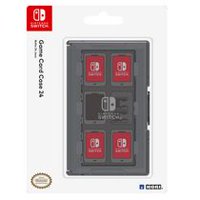 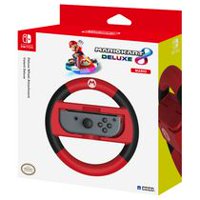 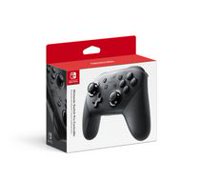 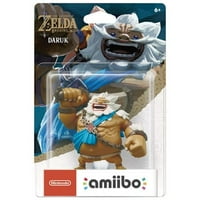 Daruk Amiibo - The Legend of Zelda: Breath of the Wild Series [Nintendo Accessory] 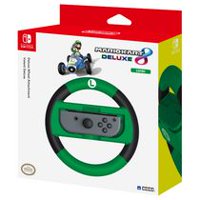 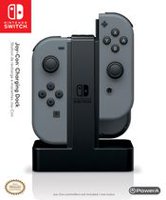 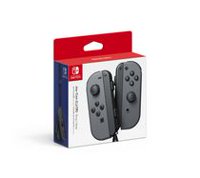 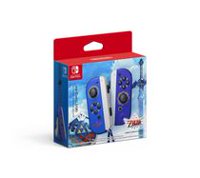 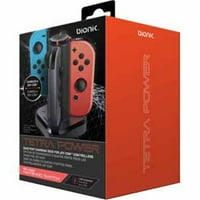 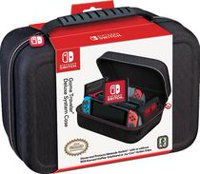